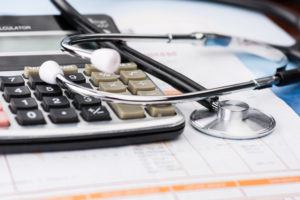 About 60 per cent of Canadian doctors have opted to incorporate – principally for the tax benefits.

In July 2017, the government unveiled tax measures that target private corporations, a category that includes the majority of Canada’s physicians. Despite recent indications that the government is revisiting the new rules to soften the blow, it looks like, for the most part, they are here to stay.

The Department of Finance is proposing three major tax reforms that will impact incorporated medical professionals:

Learn more about the proposals →

If a physician is incorporated in Ontario, her small business is taxed at the rate of 15 per cent on the first $500,000. If she is unincorporated, the tax rate is 44 per cent once her net income exceeds roughly $92,000 and can reach as high as 53.5 per cent!

Hold-off on incorporating until these rules are finalized – this is one of the most significant tax benefits of incorporation and incorporation may be less desirable if the rules go through in their current form. On October 18th, 2017, the Minister of Finance indicated that these rules would be relaxed to allow for the accumulation of up to $50,000 of passive income per year before the higher punitive rate kicks in. More changes may be coming down the pipeline.

If you are already incorporated, ensure your books and records are well kept – the government has indicated that these rules will not apply to passive income derived from existing retained earnings. It is therefore important to have a clear starting point as to which income will be subject to these new rules.

This share structure permits dividends to be paid to family members who are in a lower tax bracket than the family member who controls the business. This is referred to as “income splitting” or “dividend sprinkling” in order to reduce the overall tax burden of the family. Income sprinkling has the potential to save a family unit over $30,000 in taxes per person in which income has been sprinkled.

Under the new proposals, these payments would be subject to a test of “reasonableness.” The reasonableness standard is intended to exempt adults from the increased tax rate where amounts that are paid by the corporation are consistent with what it would have agreed to pay an arm’s length person. Payments that fail the reasonableness test will be subject to tax at the highest marginal rate for individuals!

2017 is the last year before the new limitations on income sprinkling kick in – make sure to take advantage of your last opportunity to split income using dividends!

Ensure any contributions of labour or capital to the corporation are well documented to justify the reasonableness of dividends paid going forward.

Note that dividends paid to minor children have been subject to similar rules (known as the “kiddie tax” rules) dating back to 1999 – these rules remain unchanged.

Since 1988, physicians have been able to shelter capital gains from the disposition of “qualified small business corporation” shares from tax up to a lifetime limit. The current personal limit is a cumulative total of $835,716 (indexed to inflation annually). The government has identified concerns with common ownership structures that allow multiple family members to make use of their capital gains exemption on the sale a of a family-owned business. Under the proposals, the capital gains exemption will be denied in the following circumstances:

These new rules are to be effective starting in 2018. However, the proposals include a transitional rule that will allow an election to be made by the end of 2018 to crystallize a capital gain and claim the capital gains exemption so as to increase the adjusted cost base of the “qualified small business corporation” shares. Making such an election will reduce the individual’s capital gain on a subsequent sale of the shares.

Consult with your accountant to ensure your corporation qualifies for the transitional period election in 2018. You may need to take specific action prior to the end of the 2017 calendar year to qualify!

Disclaimer: This article contains opinions on accounting practices, every effort has been made to ensure that the contents of this article are accurate. Readers should, however, seek advice from their own accountant and lawyer on legal and financial matters pertaining to their medical practice. DoctorCare assumes no responsibility for any discrepancies or differences of interpretation of accounting, tax and incorporation rules and regulations.

DoctorCare is the only provider focused exclusively on helping Primary Care Physicians enhance patient care, run better businesses – and improve their own quality of life.

Top
Looking for a FHO practice to buy in Ontario?

We can match you up with doctors looking to sell.

Please fill out our contact form below and we will get in touch with you shortly.

Enter your information below and we will be in contact shortly.